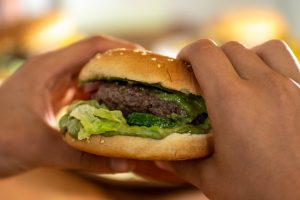 How much control do you have over what you eat? When you visit a fast-food restaurant on your way home from work, do you choose to buy that greasy burger – or are you being manipulated by some hidden force? Why we get hooked on fast food? The answer might surprise and disturb you.

I offer you to go deep into human psychology, to uncover why, and how, we came to love fast food. From sugary cereal to variety packs of potato chips to microwave convenience meals, you’ll discover the intoxicating effects of fast food on your brain, and discover the true price we’ve paid for putting our family’s health in the hands of the food industry.

Food and sugar can be addictive as alcohol and cigarettes

Science is just beginning to understand how our brains respond to food.
Yale graduate student Ashley Gearhardt was studying our relationship with food in 2007. And when she invited people to her laboratory to talk about food, she made a remarkable discovery. 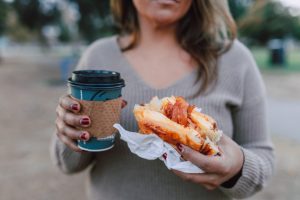 The stories people told sounded incredibly similar to those told by people addicted to drugs or alcohol. They talked about powerful cravings and how impossible it seemed to give up eating certain foods. They even spoke of dropping out of their social lives to try and get away from the foods they craved.

Gearhardt decided to run some tests. She put together a survey that asked respondents whether they agreed with statements like “I eat much more of certain foods than I planned” and “I feel sad or nervous when I stop eating certain foods.” Ultimately, Gearhardt concluded that a whopping 15% of the American population met the criteria for being addicted to food. What’s more, most of them were severely addicted. These people were overconsuming certain types of food and were losing control. They couldn’t stop eating – even when they wanted to.

What kinds of foods are people addicted to? 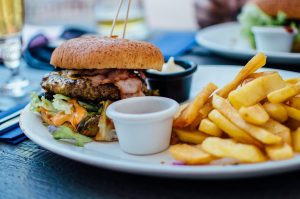 By putting participants into an MRI scanner, researchers have been able to study our brain activity when we taste our favorite foods. Incredibly, when some people taste their favorite fast foods, such as cheeseburgers, fried chicken, and ice cream, their brains show a pattern of activity that’s typically associated with taking cocaine. Scientists have concluded that some people’s brains respond in the same way to junk food as they would to addictive drugs. In both cases, their brains shout “This is good, I want more!”

Of course, many of us eat junk food from time to time, and most don’t lose control over how much of it we eat. So doesn’t that prove that it’s not addictive?

Well, the fact that most of us can eat this food without becoming addicted doesn’t matter. In fact, a useful definition of addiction is that it’s a repetitive behavior that some people find hard to stop. The key here is some people. In the same way that most people who drink alcohol or occasionally use recreational drugs aren’t addicted to them, most people who eat processed food aren’t addicted to it either. All that matters is that some people do become addicted, making certain foods, just like alcohol, tobacco, and cocaine, potentially addictive.

Your brain controls your appetite but addiction can control your brain

This discovery has been in part thanks to the rise of bariatric surgery, a medical procedure that reduces the size of an obese person’s stomach. After this surgery, patients can only consume very small amounts of food at a time, because their stomachs are so reduced. What’s more, their appetite is drastically diminished, too. This seems to indicate that appetite control is located in the stomach.

But here’s the thing: this reduction in appetite doesn’t last long!

After about a year, many bariatric patients start to regain the large appetites they had before the surgery, even though their stomachs are still just as small and get full very quickly. This can lead to devastating consequences: with their returning appetite, some patients eat until their reduced stomachs become engorged – or even burst. This disturbing phenomenon has led scientists to conclude that hunger is, in fact, all in the mind. As one relapsed patient remarked, “the problem is that they only operated on my stomach, not my brain.”

This revelation firmly supports the idea that food can be addictive; given addiction is something that happens in the brain.

Specifically, scientists believe that addiction hinges on how fast a substance can get into your bloodstream and travel to your brain. The quicker a substance can travel, the more addictive it is. For instance, the reason tobacco gets us hooked is that it takes just ten seconds from your first puff on a cigarette for the nicotine to affect your brain.

Why we get hooked on fast food?

Disturbingly, sugar, salt, and fat – the hallmarks of processed foods – only take about half a second to start affecting your brain. So when you put something sweet on your tongue, like your favorite ice cream or donut, the sugar changes your brain chemistry 20 times faster than both tobacco and crack cocaine. The sheer speed at which sugar, salt, and fat reach your brain is enough to excite your neurons and leave you craving more.

One of our biggest lifestyle shifts has been a change in gender roles. From the late 1950s onward, the role of American women began to change. In the late 1950s, just over a third of women worked outside the home, but by 2013, that number had increased to over three-quarters. While this represents progress for gender equality, and greater economic prosperity for all, it also left families with much less time to plan, shop, and cook for their meals.

Enter the processed food industry and its new solution to this problem: convenience foods. These foods took all the work out of food preparation. Whereas before, parents had to decide how much sugar to put on their child’s cereal, or how much salt and fat went into their salad dressing, the food industry now stepped in to take those decisions out of their hands. Everything, from cereal to sodas to your complete family dinner, suddenly came ready-made, and heavily salted or presweetened.

How the processed food industry changed our eating habits 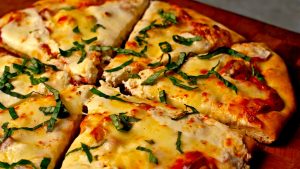 So, there was a catch. When busy American families tucked into their conveniently microwaved pizzas, or enchiladas, or pot pies, they didn’t know exactly what ingredients their new food contained.

If they’d known, they might have been more cautious. Because instead of just adding sugar to things we expect to be sweet, like cereal and candy, the processed food industry also started adding it to everything else. In fact, food makers put sugar in three-quarters of the products in the grocery store, from bread to yogurt to pasta sauces.

The reason why we get hooked on fast food and cola is simple: the sweeter something is, the harder it is to stop eating or drinking. That’s because our appetite is controlled by two distinct parts of our brains, which some neuroscientists call ‘the go brain’ and ‘the stop brain’. The go brain encourages us to eat, whereas the stop brain kicks in when we’ve had enough. But the processed food industry has come up with a way to override this delicate system. It’s called the bliss point, and it describes the exact point at which a product becomes so sugary, and our brains get so excited by eating it, that our stop system is disabled. When this happens, we mindlessly eat, and eat, and eat.

Processed food gets us hooked in lots of different ways. From childhood memories of enjoying junk to the sheer variety of sugar-packed products, it can be almost impossible for some people to make healthy choices. Families have come to rely on the convenience of ready-to-eat foods, but the disturbing truth is that these meals are a poor fit for our digestive systems. They’re making us, and our children, gain weight. 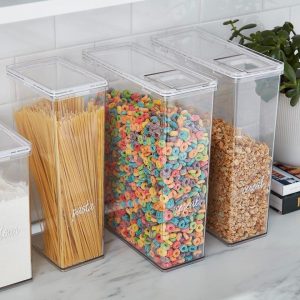 Fast foods are made to manipulate our tastes, but there are some simple ways you can resist their allure. If you must have junk foods in your house, try taking them out of their fun, colorful packaging. You could put Oreo cookies into a cookie jar, for instance. Putting processed foods in plain packaging will make your brain less excited every time you catch a glimpse of them in your kitchen cupboard.